Embracing uncertainty is a part of life. But, that’s easier said than done when it comes to financial uncertainty.

A growing number of studies have shown that an economic recession quite literally hurts people, both mentally and physically.

Studies have found connections between the Great Recession and America’s opioid crisis, with surveys noting that spending on painkillers increased significantly by 50% from 2006 to 2012.

So, is there really a link between financial insecurity and physical pain? Can one influence or exacerbate the other? Let’s find out. 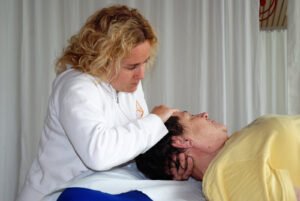 How Experiencing Economic Crisis Can Lead to Physical Pain

The human body is a curious and complex system that’s full of mysteries science is seeking to discover. A number of factors can culminate into physical pain.

There is a growing body of evidence suggesting the links between economic crisis and physical pain. For example, a recent study involving data from 146 countries and including participants of different ages, gender, income, and employment status showed that physical pain is a symptom of economic uncertainty. It stated that when people are secure with their finances, they are less likely to feel physical pain.

A 2016 study that analyzed data gathered from 33,720 households all over America revealed that it “physically hurts to be economically insecure.” With studies also showing that unemployment leads to increased purchasing and consumption of over-the-counter painkillers, the correlation between people feeling insecure about finances and feeling physical pain is evident.

This insecurity can also stem from two factors — it may be personal or the result of the influence of people around them. When a country is experiencing economic insecurity, which can be gauged by its unemployment rate, it can predict an increase in people’s physical pain.

When people feel insecure about their finances or have uncertainty regarding their future, it will often wreak havoc with their mental health.

This mental distress can then manifest as physical pain.

Studies have shown that psychological distress and physical pain are connected as they share the same neural processes. With both forms of pain being linked to economic uncertainty, it can cause people to feel mental and emotional distress.

A 2016 study on emotional insecurity and physical pain found that people who have experienced emotional distress resulting from economic uncertainty are more likely to feel it again. This can further impair their physical health and even exacerbate pain, impacting their cognitive functions such as their ability to make rational decisions.

This relationship between economic recession and physical pain can form a vicious cycle that can work against people’s ability to work or overcome their problems, causing even more pain.

Economic uncertainty also gives rise to feeling a lack of control. Control is integral within humans, and it is no surprise that we feel distressed when we feel that control is slipping out of our hands — which is what happens during an economic or financial crisis. This is where policymakers need to step in, understand this dynamic of the impact of economic distress, and take action. Impact At the Family and Societal Level

This link between recession manifesting as mental and physical pain posits several implications.

One of the major aspects to note is that economic uncertainty can affect everyone of any background, age, gender, socioeconomic or educational level, to varying degrees. However, women are more prone to feeling more physical pain resulting from financial insecurity since they are more likely to be in charge of financial planning at home. At work, too, women experience higher demand while having less authority during recessions, which increases stress and affects their pain levels.

Physical pain brought about by financial constraints can also spill over and impact all facets of an individual’s life, including personal and work.

When workers are under the stresses of financial insecurity, there’s a greater probability of them bending the rules to reach their desired goal. This may be because it helps make them feel that they are in control of something.

Consequently, they will also be less likely to make an effort to invest in new and uncertain prospects or pursuits even though it can benefit the company or the organization they are working for as a whole.

How Do You Restore Balance?

Everyone can experience financial insecurities at any given point in their lives. It is not a matter of haves and have-nots; instead, it is more about how people may be feeling as if their lives are slipping out of their control.

These problems become more evident when faced with a higher degree of anxiety such as during an impending recession. But, it can also result from personal issues, like unsteady income from a loss of business, expecting a raise that doesn’t come through, or anxiety about rising prices of health care or other commodities.

This lack of sense of control can be restored. Here’s how.

Making sure that one follows a healthy lifestyle by ensuring that they are getting adequate nutrition and are exercising regularly can help give people some control over their lives. People can try different activities such as resistance training or yoga to target specific pain areas, thereby helping improve their overall wellness. This can also help weaken the impacts of a lack of power stemming from financial uncertainty.

Having a healthy support system of friends, family, and peers can go a long way in reducing stress. It is important to develop supportive dynamics in one’s personal life as well as in the working relationships that people cultivate within their workplace and in their communities.

Corporations, governments, and policymakers should look into providing courses on budgeting or helping develop a debt payoff plan. These are simple steps one can take to help restore some control and balance during uncertain times.

Another way to target the ups and downs brought about by the recession is learning meditation. This calming practice modulates our nervous system and triggers the parasympathetic system, which can help make one feel more relaxed, focused, and calm.

Pain and stress have a significant relationship that can manifest in various forms. And given the high-stress levels that result from major economic upheavals, it’s no wonder recession causes increased physical pain.

While it’s common to shrug this off as simply anxiety regarding economic uncertainty, any form of physical pain must be treated just as urgently as you would treat a physical ailment.

Want to learn more about the different medical ways in which you can treat and handle chronic pain? Visit our site and get in touch with doctors who are experts in musculoskeletal pain management. Book your appointment today!

Sound Baths, Music Therapy, and Vibration for Healing The Body, Mind, And Soul